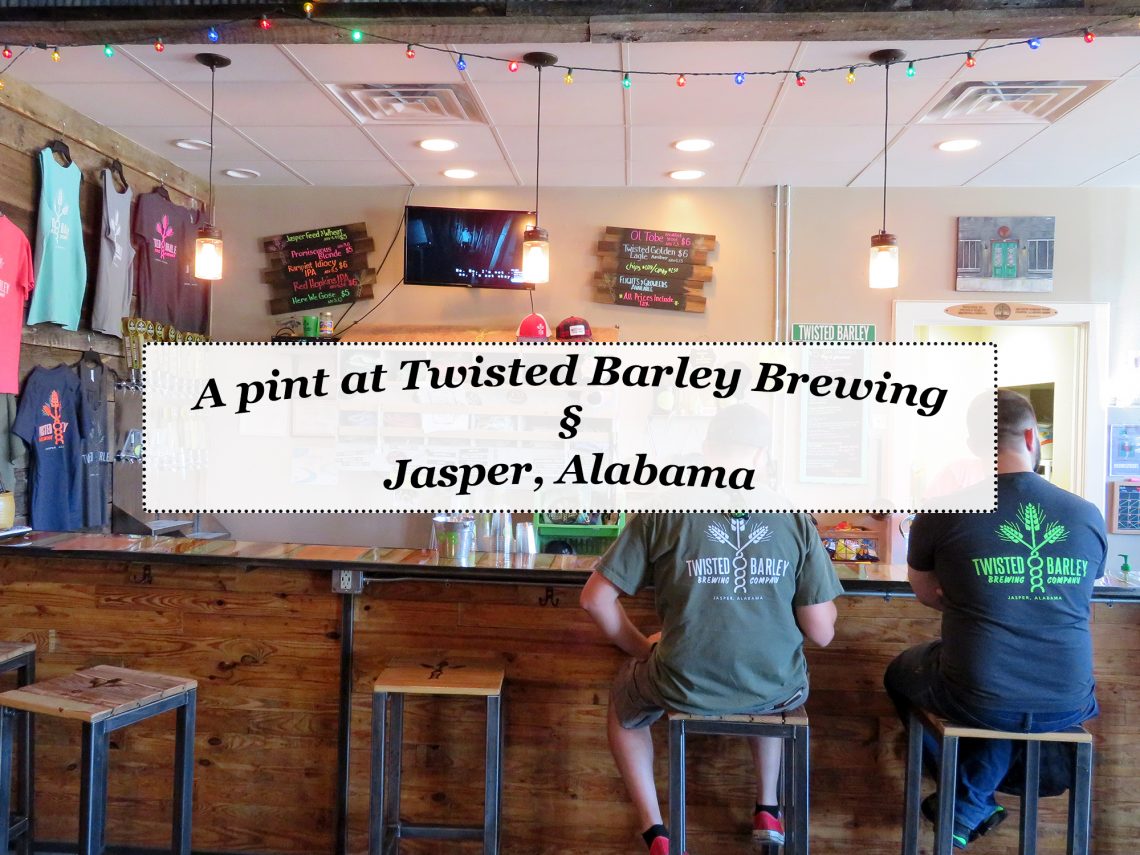 The story of Twisted Barley Brewing in Jasper, Alabama, means a lot to several people.  However, it may be most important to the city itself as Mason Boren opened the first brewery in his hometown and has been credited with helping revitalize the city’s downtown.

As a 21-year-old, co-owner Mason Boren Googled “how to make beer.” After taking his homebrew to parties and using his Uncle Jim’s equipment, he joined the Tuscaloosa homebrewers club.  Eventually, Boren and his wife Courtney sought advice from the Alabama Small Business Development Center at the University of North Alabama to create a business plan.  Ultimately, the couple sold virtually everything and moved in with Mason’s mother to purchase and renovate the property that would become Twisted Barley.  They started taking these steps in June 2015 and ultimately opened the brewery in September 2017.  Along the way, Boren befriended Bo Hicks at Druid City Brewing in Tuscaloosa, who inspired him to open a brewery in his hometown.

In addition to licensing process to open the brewery, the Borens faced local legal obstacles.  For example, they had to petition the city council to allow the sale of growlers.  Additionally, Jasper only approved Sunday alcohol sales in July 2018 (read more here).  Despite the brewery’s opening and early success, Boren continued working at the Mercedes-Benz plant in Vance until January 2019.

Story behind the name

Twisted Barley, while unique, does not have a compelling “Eureka!” moment behind its name.  As Boren recounted, he and his wife Courtney poured over a handful of names.  They considered something related to the idea of “lazy days” and Saturdays, but nothing fit.  One day after passing some twisted barbwire, the pieces slowly came together.  The couple took the twisted idea and image and partnered it with one of the most important ingredients of beer to create Twisted Barley Brewing.

Located in the heart of downtown Jasper, Twisted Barley Brewing occupies the first floor of a 1920s-era building.  Over the years, the building has been a hardware store and hotel.  It sat abandoned for several years before the Borens purchased it with the goal of converting it into a brewery.  The second floor still has individual rooms, although none are in a condition to accept guests (nor have the Borens indicated a plan to open the upstairs for rentals).

Due to the building’s previous history, the first floor was a wide-open space.  Currently, visitors see a bar with several seats on the right and a small stage to the left with several tables nearby.  Farther back guests will find another bar with seating and two benches before arriving at the production facility.

The open floor plan leads to several of the seating areas bleeding into each other.  However, there are some defined uses with a set of cornhole boards in the back and couches that foster a more relaxed drinking environment.

Twisted Barley Brewing has five flagship beers: Jasper Feed and Wheat (an American pale wheat ale), Ol’ Tobe (an oatmeal stout), Promiscuous (a blonde ale), Rampint Idiocy IPA (an American IPA) and Red Foreman (an imperial red ale).  According to Boren, he wanted to create “very approachable” beers with an emphasis on light beers.  Jasper Feed and Wheat and Promiscuous hit the nail on the head for being approachable brews, as both are clean, easy-drinking beers with low hop profiles sure to please every beer drinker.  Ol’ Tobe and Red Foreman are malt-driven beers, but are balanced.  Rampint Idiocy IPA is the most unique flagship beer with early hop additions to give it the typical West Coast IPA bitterness while late addition hops provide it with some juiciness.  Additionally, the brewery offers a line of wine and a limited food menu featuring pizza and chicken wings.

The brewery does not offer tours.  However, the five-barrel brewhouse production facility at Twisted Barley Brewing sits in the rear of the building, so visitors may be able to watch the brewing process.

Getting to the brewery

Twisted Barley Brewing is in downtown Jasper a five-minute walk from the Walker County Courthouse.  There is no public transit available in Walker County.

Address: 520 19th Street W, Jasper, AL 35501
Regular Hours: Tuesday to Wednesday 4 to 10 p.m.; Thursday 4 to 11 p.m.; Friday to Saturday noon to 11 p.m.; Sunday 2 to 8 p.m.
Note: The global pandemic may affect hours and services.  Check the brewery’s social media accounts for the most up-to-date information.  Additionally, the brewery offers curbside pick-up for growlers, wine, and food.
Accessibility: There are no steps on the first floor of the brewery.

A pint at Salty Nut Brewery in Huntsville, Ala.

A pint at Avondale Brewing Co. in Birmingham, Ala. 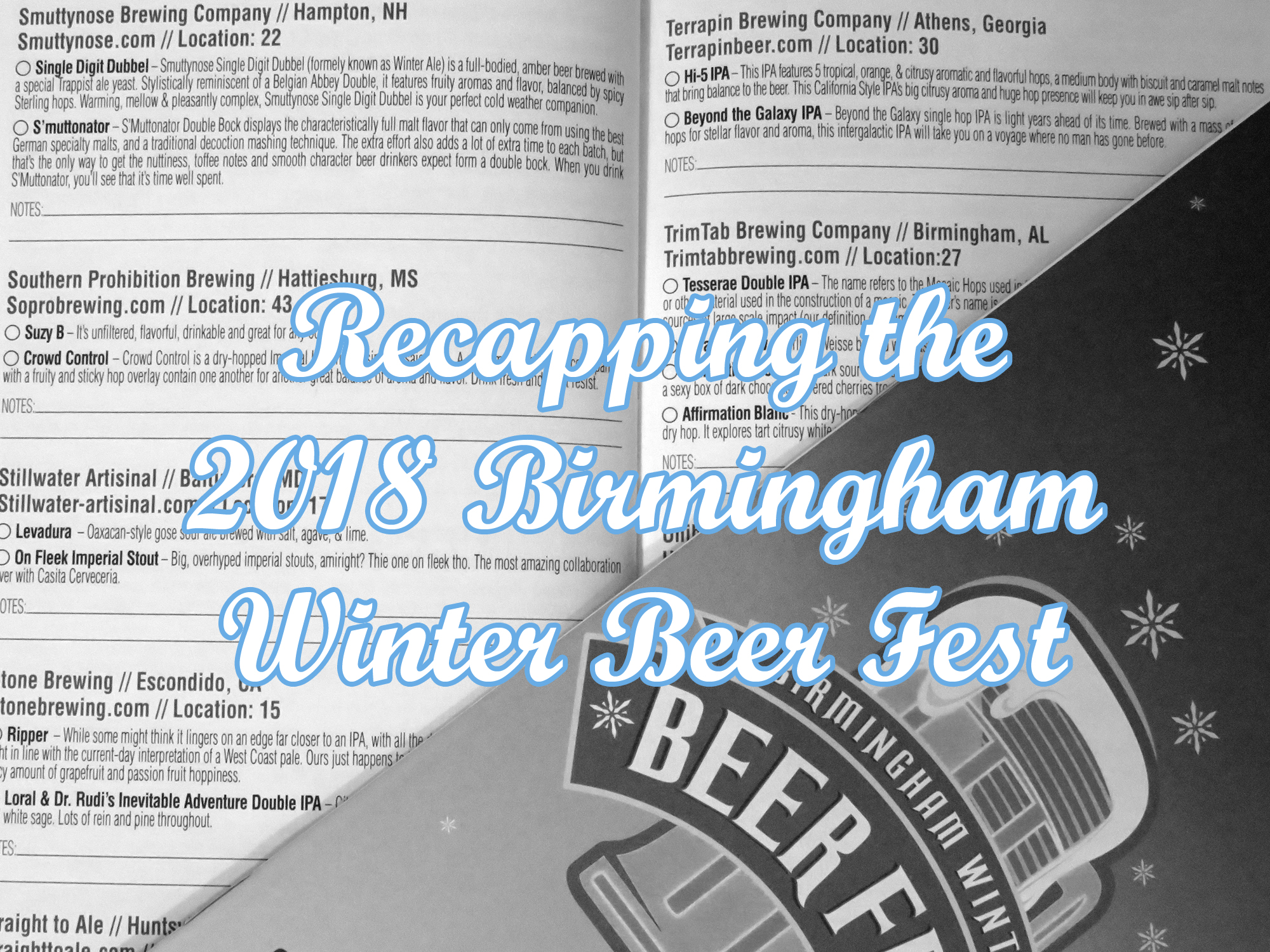