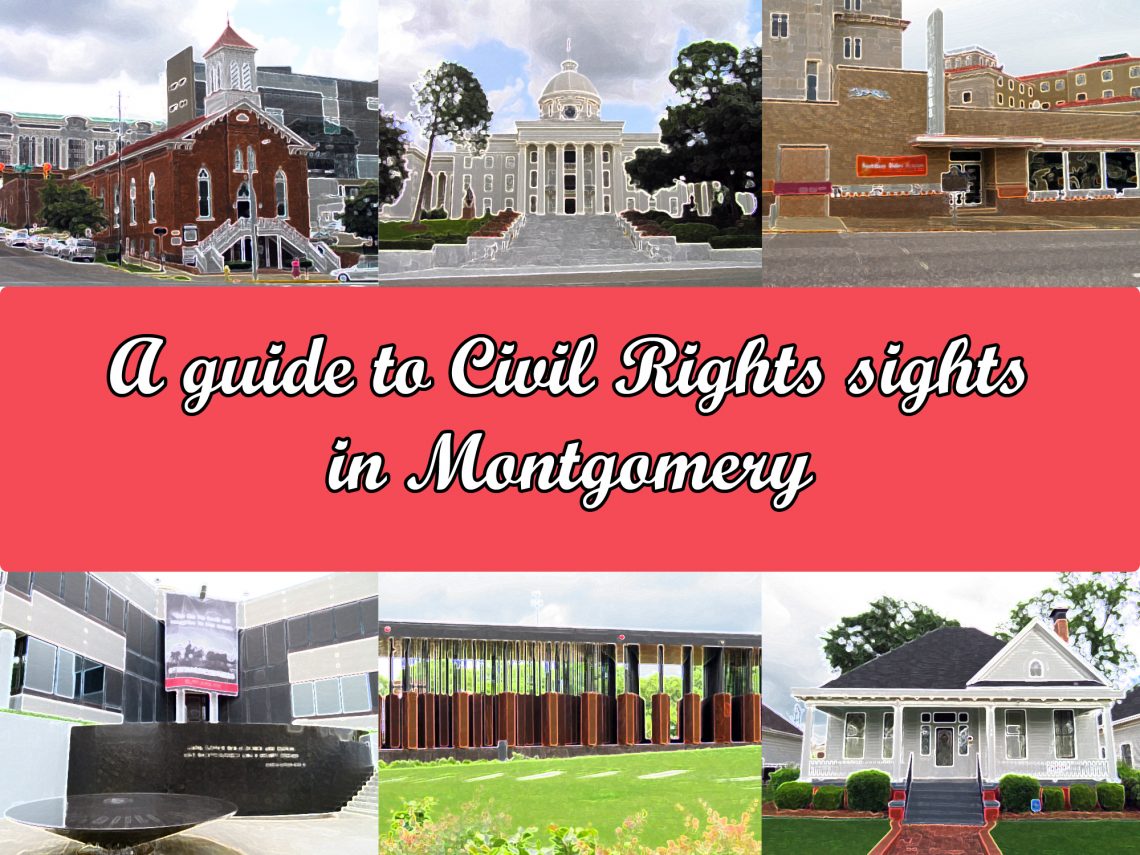 Many cities across the American South have connections to the Civil Rights Movement of the 1950s and 1960s, but perhaps none more so than Montgomery, Ala.  There are several sights spread across the city, so visitors can choose to see as many or as few places as time permits.

It is possible to spend several days diving into the sights around town or see the highlights in half a day.  So whether you are making a daytrip or spending a long-weekend in the city, here is a guide to the city’s Civil Rights sights.

Stops on the tour include King’s basement office and the sanctuary, which still hosts church services.  Visitors are also able to stand at the podium King used following the Selma to Montgomery March when he stood at the foot of the Alabama State Capitol and said:

How long? Not long, because the arc of the moral universe is long, but it bends towards justice.

It is a very powerful experience to utter those words in King’s church.

From 1920 to 1992, Dexter Parsonage served as home to twelve ministers of Dexter Avenue Baptist Church.  Martin Luther King Jr. and his family resided there from 1954 to 1960.  Built in 1912, the nine-room clapboard house has been restored to its appearance when the King family lived there.  Visitors can see a scar from a bomb that exploded on the front porch on Jan. 30, 1956.  Coretta Scott King was home with her 10-month-old daughter Yolanda and church member Mary Lucy Wiliams, but none were injured.

The King-Johns Garden for Reflection behind the museum offers visitors a place to reflect upon the legacy of King and Vernon Johns, who was King’s immediate predecessor at Dexter Avenue Baptist Church from 1947 to 1952.  A circular walkway in the garden reflects the unity both men sought to create through their leadership of the church.

Tours of the parsonage are available Tuesday to Friday every hour on the hour from 10 a.m. to 3 p.m. except from noon to one o’clock.  Saturday tours run from 10 a.m. to 1 p.m. on the hour.  Walk-ins are able to join any available tour, but visitors can reserve a spot through the church’s website (click here).

On Dec. 1, 1955, Rosa Park was arrested for refusing to surrender her seat to a white man on a Montgomery city bus.  A few days later Parks, a 42-year-old seamstress, was found guilty of violating city code, fined $10, and ordered to pay $4 in court costs.  The same day Parks was found guilty, the Montgomery Bus Boycott began as a protest against the racial segregation of the city’s bus line.

A meeting of local ministers led to the creation of the Montgomery Improvement Association (MIA).  The MIA selected Dr. Martin Luther King Jr. to lead the boycott.  King and others organized the boycott in the days following Parks’s arrest, and it began the day she went to court.  The boycott ultimately lasted 381 days until Dec. 20, 1956.

Troy University’s Montgomery campus opened a library near the spot where Parks was arrested, named it in her honor, and dedicated a museum to her role in the Civil Rights Movement.  On Dec. 1, 2000, Troy University dedicated the Rosa Parks Library and Museum.  Just outside the museum is a historical marker detailing Parks’s arrest, and the subsequent Montgomery Bus Boycott.

Despite two federal cases banning the segregation of interstate buses, many states across the American South ignored the rulings.  In early 1961, the Congress of Racial Equality (CORE) and the Student Nonviolent Coordinating Committee (SNCC) planned to challenge the status quo by having mixed race groups ride buses from Washington, D.C., to New Orleans, La.  The Freedom Riders traveled through Virginia and North Carolina with only minor incidents.

Two mob attacks in Anniston, Ala., and Birmingham, Ala., led to a brief hiatus of the ride.  On May 20, Greyhound Lines eventually provided a bus driver to take the group to Montgomery.  A large white crowd assaulted the riders as they got off the bus at the Greyhound station in Montgomery.

The bus station closed in 1995, and quickly fell into disrepair.  In 2008, panels detailing the events were placed outside the building.  However, the museum commemorating the events did not open until 2011 on the 50th anniversary of the mob attack.  Exhibits detail the path Freedom Riders took through the South, the support they received, and the protests they faced.  “Share Your Story,” which contains videos featuring former Freedom Riders who have visited the museum, is the most compelling exhibit.

In 1965, a trio of marches beginning in Selma, Ala., brought national attention to the disenfranchisement of African-American voters in Dallas County and across Alabama.  The first two marches did not reach the Alabama State Capitol in Montgomery, about 54 miles away.  The third, and final march, set out from Selma on March 21, and arrived at the capitol on March 25.

In front of the capitol steps, King delivered the “How Long, Not Long” speech.  Following the speech King and the marchers attempted to deliver a petition to Governor George Wallace.  A line of state troopers blocked the doorway, but the marchers remained until one of the governor’s secretaries took the petition.

The state capitol is open to visitors Monday to Friday from 8 a.m. to 4 p.m., and Saturday from 9 a.m. to 3 p.m.  Guided tours are available at 9 and 11 a.m. plus 1 and 3 p.m.  More information about visiting the capitol is available on the Alabama Historical Commission website (click here).

The Civil Rights Memorial stands to honor the martyrs of the Civil Rights Movement.  A circular black granite table has a timeline of the movement and the names of forty-one people who died fighting for equal rights from 1954 to 1968.  The dates reflect the U.S. Supreme Court’s 1954 Brown vs. Board of Education of Topeka decision and the 1968 assassination of Dr. Martin Luther King Jr.

A curved wall behind the table includes King’s well-known paraphrase of Amos 5:24: “We will not be satisfied until justice rolls down like the waters and righteousness like a mighty stream.”  Visitors are encouraged to touch the table and remember the events and people of the Civil Rights Movement.

The memorial is in front of the Civil Rights Memorial Center, formerly the offices of the Southern Poverty Law Center (SPLC).  Exhibits at the center detail the lives of the forty-one martyrs, “the forgotten,” and the Wall of Tolerance.  “The Forgotten” are seventy-four men and women who were likely killed because of racially-motivated violence from 1952 to 1968, but did not have their names inscribed on the memorial.  The Wall of Tolerance allows visitors to continue the fight for equality.

By placing my name on the Wall of Tolerance, I pledge to stand against hate, injustice, and intolerance.  I will work in my daily life for justice, equality, and human rights – the ideals for which the Civil Rights martyrs died.

The memorial is open to the public 24 hours a day.  The Civil Rights Memorial Center is open to visitors Monday to Friday from 9 a.m. to 4:30 p.m., and Saturday from 10 a.m. to 4 p.m.  More information about visiting the memorial and center is available on the SPLC website (click here).

The National Memorial for Peace and Justice (417 Caroline St.)

According to research by the Equal Justice Initiative (EJI), almost 4,400 “racial terror lynchings” occurred in the United States between 1877 and 1950 (read the report here).  As part of its goal to confront the truth about American history and reach reconciliation, EJI led the construction of The National Memorial for Peace and Justice.  The memorial, informally known at the National Lynching Memorial, uses sculpture, art, and design to help visitors reflect on America’s history of racial inequality.

The memorial is the first to record the name of each lynching victim across the United States.  The memorial has over 800 rectangular metal cuboids that list the name of the victim, the date of the lynching, the county, and state.  There are three sculptures within the memorial that depict the continuum of racial injustice in America.  The sculptures show African slaves in chains, the women of the Montgomery Bus Boycott, and the current mass incarceration of African-Americans.

EJI’s The Legacy Museum (115 Coosa St.) is a counterpart to the memorial.  It connects the enslavement of African-Americans, racial lynching, and segregation to contemporary issues like mass incarceration and police violence.  The memorial and museum have different hours, but EJI offers a discounted combination ticket to visit both sights.  Information about visiting the memorial and museum is available on EJI’s website (click here).

Visitors can also visit City of St. Jude, where Dr. Martin Luther King Jr. and the marchers en route from Selma to the state capitol camped for a night, or First Baptist Church on Ripley Street, where activists planned the Montgomery Bus Boycott.  Other noteworthy sights are the Frank M. Johnson Jr. Federal Building & U.S. Courthouse and Holt Street Baptist Church.  All of the listed sights are part of the recently designated U.S. Civil Rights Trail, which includes sights in fifteen U.S. states (read more here).

Historical markers from the Alabama Historical Association and the Alabama Historical Commission designate several other notable sights throughout town.  One marker details the location of the city’s slave depots.  Another marker near the Court Square Fountain shows where Rosa Parks boarded the bus that ultimately led to the Montgomery Bus Boycott.

The majority of sights are located in downtown Montgomery.  There is metered parking throughout downtown, but it can be difficult to find availability.  Most downtown sights are less than one mile from each other.  Walking also gives visitors an opportunity to experience the city like thousands of people did during the Montgomery Bus Boycott.

It is easy dismiss the pain of others until we place ourselves in their shoes.  Whether you see the highlights or delve deep into the history of the Civil Rights Movement in Montgomery, hopefully visiting the city provides you the opportunity to see life through the eyes of another.

A pint at Avondale Brewing Co. in Birmingham, Ala. 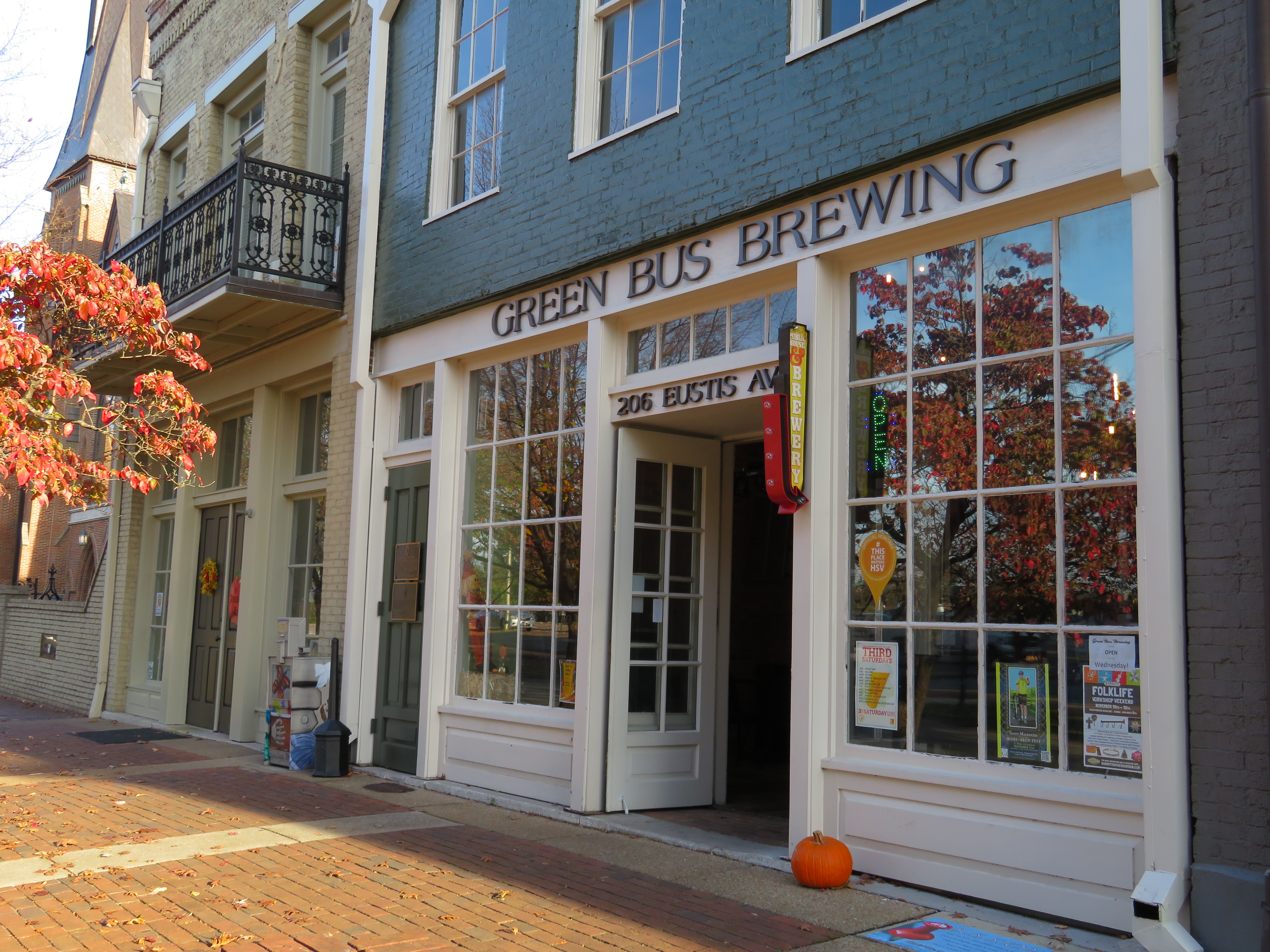 A pint at Green Bus Brewing in Huntsville, Ala. 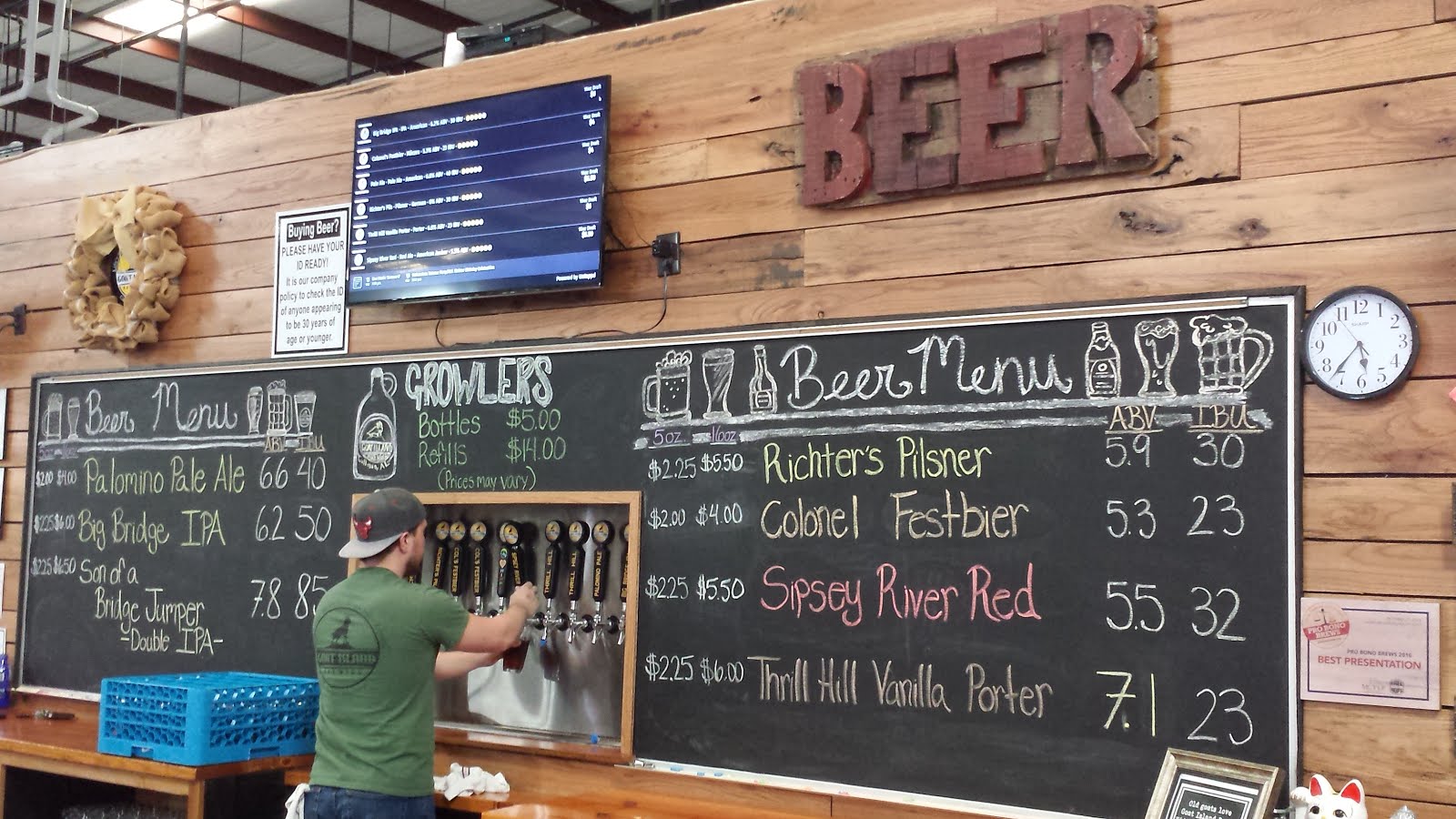 A pint at Goat Island Brewing in Cullman, Ala.