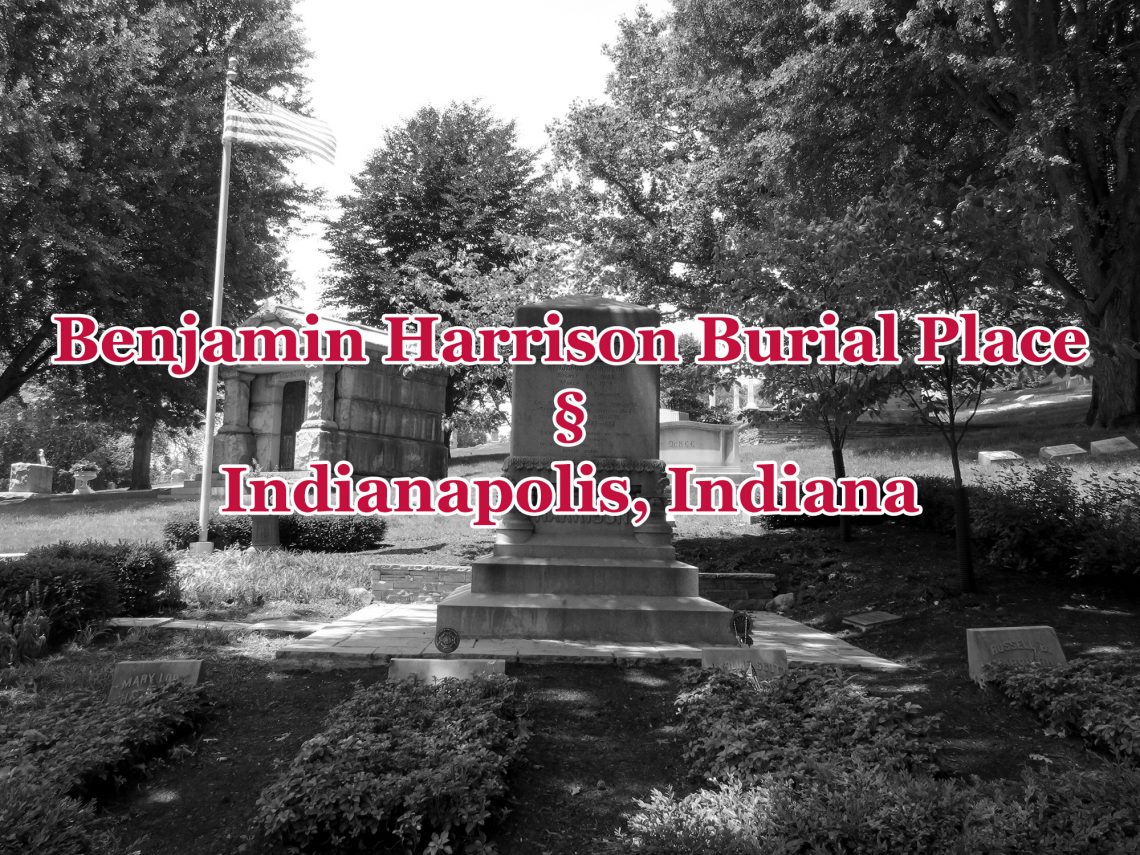 Following his departure from the presidency, Benjamin Harrison returned to his home in Indianapolis, Ind.  In 1896, he married Mary Lord Dimmick, the widowed niece of his deceased wife Caroline.  He returned to practicing law and represented the Republic of Venezuela in its boundary dispute with British Guiana in 1898.  In February 1901, doctors believed Harrison was suffering from a severe case of influenza.  Despite treatment, his condition worsened, and he died from pneumonia on March 13, 1901.  He was buried at Crown Hill Cemetery next to his first wife.  In 1948, Mary Dimmick Harrison was buried next to her husband in the family plot.

Crown Hill Cemetery is almost four miles from downtown Indianapolis.  Established in 1864, the cemetery quickly became the city’s premier burial place.  It is the final resting places of three U.S. vice presidents, several governors, numerous U.S. senators, and many prominent residents of Indianapolis.  The cemetery’s east gate, which was completed in November 1885, serves as the primary entrance to the grounds.

Pamphlets with information about the cemetery’s famous burials is available at the waiting station near the east gate entrance.  Benjamin Harrison’s burial place is Section 13, Lot 57.

Benjamin Harrison’s burial place does not hold a prominent location within the cemetery.  However, a sign near the road directs visitors to the grave of the twenty-third president of the United States.

In addition to Benjamin Harrison’s burial place, the family lot contains the graves of his two wives and his son Russell.  As First Lady, Caroline Scott Harrison lent her celebrity to establish the Daughters of the American Revolution.  She also served as its first president general.  Mary Lord Harrison established the Benjamin Harrison Memorial Home, which is now the Benjamin Harrison Presidential Site.  Russell Harrison served in the Indiana state House of Representatives and Senate and as consul to Mexico and Portugal.

Getting to the cemetery

The cemetery’s offices are on 38th Street, but most visitors should enter via the east gate at the intersection of 34th Street and Boulevard Place.  It is a 10-minute drive from downtown Indianapolis.  Alternatively, people can take IndyGo routes #18/28 or #90, which all stop on 34th Street.  However, the stops leave passengers six to eight minutes from the entrance.  Benjamin Harrison’s burial place is approximately three-quarters of a mile from the east gate.

Address: 700 West 38th Street, Indianapolis, IN 46208
Hours: Monday to Saturday 8:30 a.m. to 5 p.m.
Accessibility: The cemetery has paved roads throughout the property.  A narrow, paved walkway allows visitors to access the Harrison family plot.  However, the pathway may not accommodate wheelchairs or motorized devices. 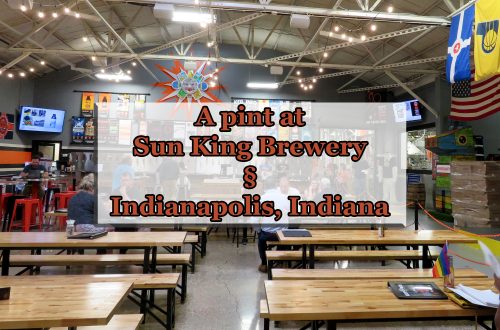 A pint at Sun King Brewery in Indianapolis, Indiana 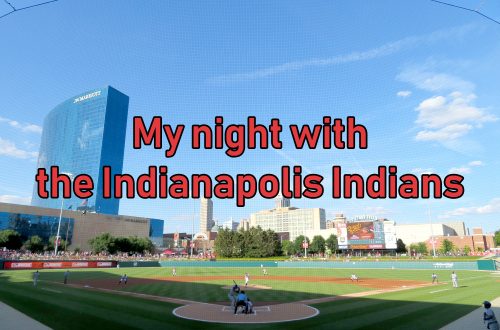 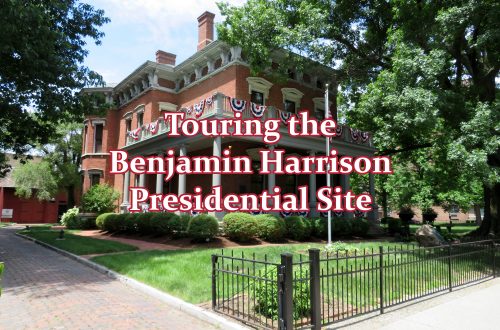